So, cash-strapped, third-world countries might do this sort of thing, but most would expect forward-thinking countries like NZ to be expanding its electric railways, given climate change, sustainability and general ‘green’ stuff, right?

Apparently not, according to Stuff and Scoop. Greens and Labour have both latched onto this plan, and are both citing pollution and sustainability as reasons not to get rid of the trains. And are both valid, however Wayne Butson’s (RMTU) claims that the move would cost hundreds of jobs are not entirely true – the electric fleet seldom travel to KiwiRail’s Hutt workshop, and form a small part of Hutt’s workload.

But what about the nitty-gritty stuff, like money and operating costs?

Because the electric locos run in New Zealand, they use mostly renewable electricity which is unsurprisingly cheap stuff; they cost about 40% less to run than a diesel locomotive – so there is a strong economic reason to keep electric trains. On the flip side, diesel trains from China are “dirt cheap” according to Iain Hill. I wouldn’t call $4 million each quite dirt cheap, especially for their ten-year lifespan, and now that Chinese suppliers have much larger orders from other countries such as South Africa, their interest in appeasing KiwiRail has diminished significantly.

Incumbent electric trains have a poor reputation for reliability, and the training and engineering resources dedicated to them over their lives has been equally poor. By contrast, the new Chinese DL-class locomotives have had constant support from the manufacturer, with up to 50 Chinese technicians living in Hamilton to keep the DL locomotives running through the warranty period. Through this period, the criteria for failure has been different and more lenient than for other locos, and on-board backup systems have masked the real reliability of the DL locomotives, i.e. when a component fails, an identical backup component kicks-in and hides the failure, simply becaues the train was not delayed (one method for measuring reliability). However, now that the DLs are coming out of warranty, KiwiRail will be paying for the failures from its own coffers.

So replacing old, neglected electric locos with mollycoddled, near-new diesels is KiwiRail’s argument – so if they replaced the electric locomotives with $4 million diesels, is it really a good deal?

Well, the DL locomotives have had ongoing ‘teething issues’, and even though the issues hadn’t been completely sorted, KiwiRail ordered 20 more, and shortly after their delivery, asbestos was found to be present in all 40 locomotives which meant a total strip and rebuild of the first 20 locomotives, and a more minor decontamination job on the second tranche. Then KiwiRail bought 8 more – I guess you could call it a performance bonus for the Chinese. The locomotives still have a failure rate that most modern railways would not accept, and at times the failure rate has been worse than KiwiRail’s 1960’s DC class locomotives. Finally, it is estimated that new, Toshiba-built, Electric Locomotives with a 30-year lifespan could be purchased for about $6 million each. 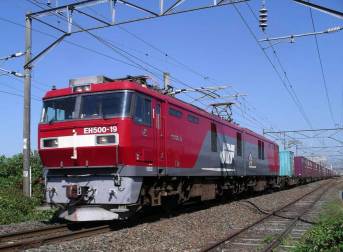 These locomotives already come off a production line in Japan, from a proven, world-leading supplier and could be driven ‘out of the box’ with few, if any, teething problems. The quality, longer life and relatively low operating cost is hard to overlook even before considering environmental, sustainability and oil-price factors.

Yes, the Electric Locos are more expensive in outright cost, but when amortised over their respective lifespans and considering operating cost and the other fluffy aspects, only a complete retard-idiot would dismiss electric locomotives in the way that Iain Hill and KiwiRail’s exec team are.