Waikato Regional council has commissioned a report to investigate a rail option to connect Hamilton and Auckland. Quotes are from a Stuff Article published on May 17

Campaigners have had a few tries at getting the service resumed, but with no luck – although Hamilton’s Councillors appear to be softening with worsening congestion in Auckland, and the contrasting success of the new Auckland Trains. With more people commuting between Auckland and Hamilton, and the likely rubber stamp for the 3rd mainline into Auckland will make train journey times more attractive.

The Wairarapa train connects Wellington to Masterton five times each day, and has become more popular since the introduction of the new carriages in 2008 and an expansion of the service is likely in the next couple of years.

Wellington to Masterton train provides a modern and comfortable commute that rivals car journey times. The train is also popular with young people in the holidays, and gold card holders in off-peak times.

The decision to investigate an inter-regional commuter rail service has been heralded as a sea change in regional council thinking.

Waikato District Mayor Allan Sanson said the results of a detailed business case were in more than seven years ago, and outgoing Labour MP Sue Moroney said it’s about time regional council got on board.

On Tuesday, Waikato Regional Council’s strategy and policy committee voted in favour of a detailed business case into a passenger rail service between Hamilton and Auckland.

Indicative costs are set at $30,000 to $50,000. The business case will define the need, recommend solutions and funding options.

Hamilton City councillor Dave Macpherson, who has been nudging regional council on the issue at regional transport committee meetings, said a comprehensive study is a big step forward.

“They’ve been unenthusiastic in the past about taking on any leading role in that,” said Macpherson. “It is their role to manage public transport operations in the region and it’s always been difficult in the passenger rail debate when they have been lukewarm.”

In 2010, rail advocates collected more than 11,000 signatures in support of a rail link between the two cities. It was taken to the select committee but failed. The following year, the Rail Working Party made its case with a feasibility study but has been in limbo ever since.

The need for commuter rail is even greater now, said Macpherson, adding that the regional council’s position is “clear cut”. 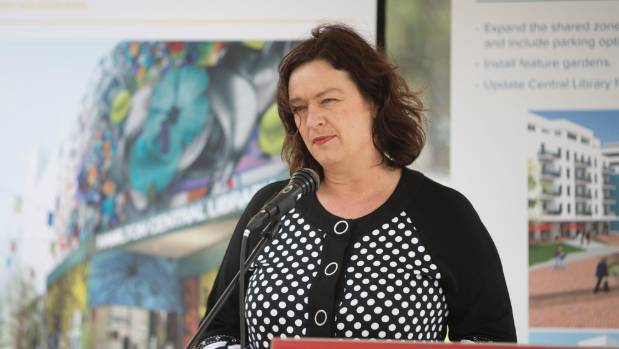 Labour MP Sue Moroney has advocated for a commuter rail service to Auckland since 2008. | FAIRFAX NZ

“It signals their willingness, if all of the other ducks line up, to go ahead,” he said. “Several things might derail it and it might be outside of anyone in the Waikato’s control.”

Mayor Sanson said the regional council  is recreating the wheel.

“It has been done. I can get why they probably think there may be some differences but I can’t see anything that has fundamentally changed in seven-and-a-half years,” Sanson said.

“I’ve been banging on about it for that long that we have to do something, but let’s do it in baby steps.”

Cost blowouts, the capacity of Auckland’s network to take extra services, getting a Waikato-based train into Britomart Station and a two-hour trip still exist as huge barriers, he said.

“It took 2 hours 20 minutes and it just took too long to travel that distance. It’s still, probably in a lot of cases, faster by car.”

The first of Sanson’s baby steps is to extend Auckland’s rail network to Mercer.

“What we’ve always advocated is getting a train down as a far as Mercer and putting in a park and ride, allowing those people to commute from there by train.

“That is the key to getting a start in Waikato.”

Moroney, who has advocated for the rail connection since 2008, said regional council needs to represent the region’s needs.

“I really hope this time they will press ahead, irrespective of whether they get push back from central government or not,” Moroney said.

“Can we please just learn the lessons from the mistakes made in Auckland.

“That’s exactly what I’ve been saying to those organisations for years now.”